Today I took the bus to Stanley, one of the earliest settled areas on Hong Kong Island.  Stanley is now a popular tourist destination for shopping in the Market.  I travelled down down a windy windy road to sea level.  And pictured below is one of the eating/drinking establishments, the Pickled Pelican,  near the entrance to Stanley Market.  This was a popular spot today, the first hot day I have experienced since my arrival. 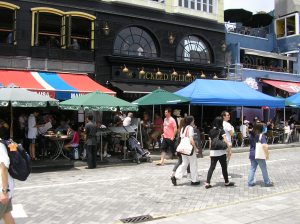 I wandered around in the Market itself, only buying a couple of items in the ubiquitous Dymock’s Book Store.  As I was making my way back to find the bus stop I came across the Stanley Post Office, shown below.

I thought about the history of Stanley, where I had read about the last stand made by Hong Kong troops before the territory fell to the Japanese in December 1941. 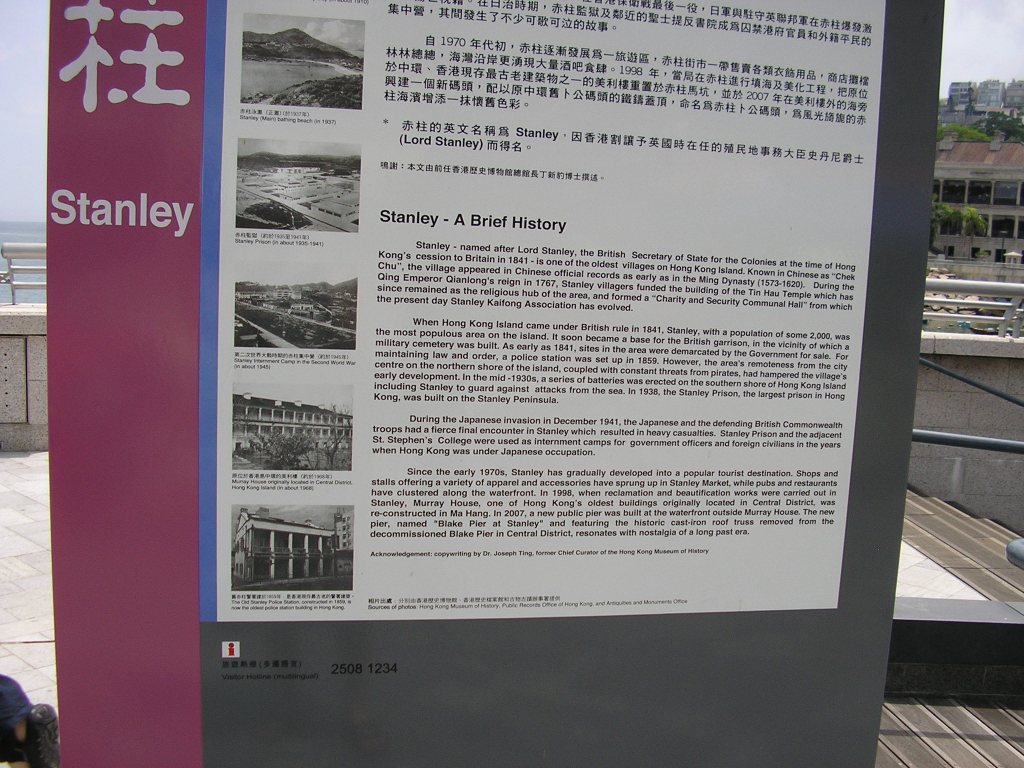 I thought about J.G. Ballard’s books telling of his experiences in Singapore during the 2nd World War when he had been in an internment camp.  I’m sure the internment camp in Stanley would have been similar.  How many survivors of that experience would still be alive today?

Near where I get the bus in Edinbugh Place in Central Hong Kong is the General Post Office.  I was browsing in there the other day and I came across a plaque listing the Postmasters General from early days up to the present.  Again, very much the British names until 1997 when the handover took place. 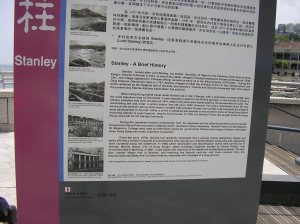 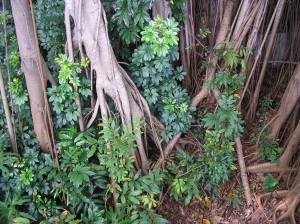 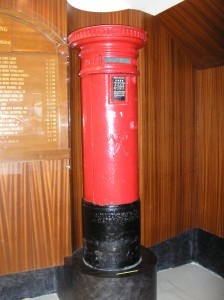 A bit of postal history in Hong Kong