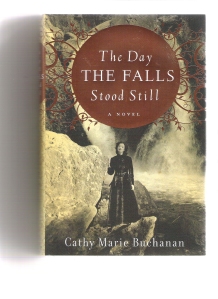 This is a book which has been on my shelf since Christmas  – I wasn’t terribly attracted by the cover on the dust jacket ……..but the book turned out to be excellent.  A novel but it incorporated historical fact about Niagara Falls and the surrounding area in the early part of the 20th century.  Really a very absorbing book and rather unusual.  The author, Cathy Marie Buchanan, is a Canadian writer who grew up in the Toronto area. 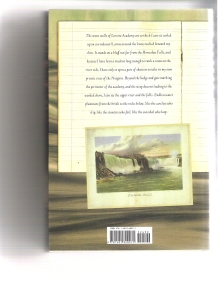 I like the historic postcard of the Falls – this is the back cover of the dust jacket.

Now here is another book that has been on my shelf for a while, it’s been there for longer ago than last Christmas.  But it sat on someone else’s shelf many years ago, a person in Dungannon Northern Ireland.  The book was published by The Companion Book Club, London in the 1950’s. The book was originally published by Allen & Unwin.  Whenever I see books like this in used book sales or book fairs I look at them quite closely and if I haven’t read the book many years ago I tend to buy it.  Invariably it turns out to be a good read.  This book, Two Eggs on My Plate, was written by a Norwegian, Oluf Reed Olsen, and translated by F. M. Lyon.  It is an incredible story telling of the authors years in the Resistance during the 2nd World War in Norway.  For me, this non-fiction account reads far better than any fiction I have read about that period in history.  And incidentally, since this is the time around the Summer Solstice, I took note that the drops to the Resistance fighters could only take place up until early April and then had to be suspended until the autumn when the hours of darkness were longer. 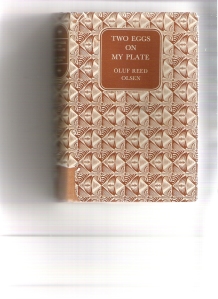 The Companion Book Club was similar to a publisher in the U.S. who republished popular best sellers.   I can’t think of the name at the moment.  The Readers Digest condensed books were a different species but similar in making best sellers available to a wider readership.

And here is another book about Irish History.  Not very interesting to me at first as the author, who is Sean Molloy’s grandaughter, goes in to detail about each battle that was fought in the area around Cork, territory not familiar to me.  But I decided it had been worth struggling through the first bit in order to appreciate the later stages of the book when this rebel guerrilla fighter became a politican and served in Government in a number of Ministries.  I was impressed by the author’s extensive research into official documents and records. 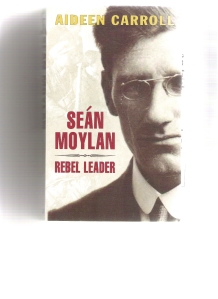 And now one more book, a volume of over 900 pages.  Not a book to read cover to cover, but I did about 15 years ago when I was one of the proof readers.  It’s good to see it in soft cover – and to find that in the Preface there is an acknowledgement of my proof reading efforts.  And being paid to read it was really a pleasure. 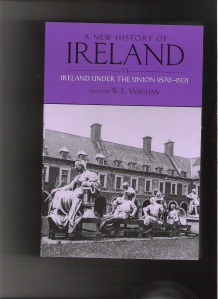 One Response to “More reading”