Favorite bookstore – The Secret Garden in Ballard and a wonderful book which I just finished reading.

Island Summers, Memories of a Norwegian Childhood by Tilly Culme-Seymour

Is this cat cross? 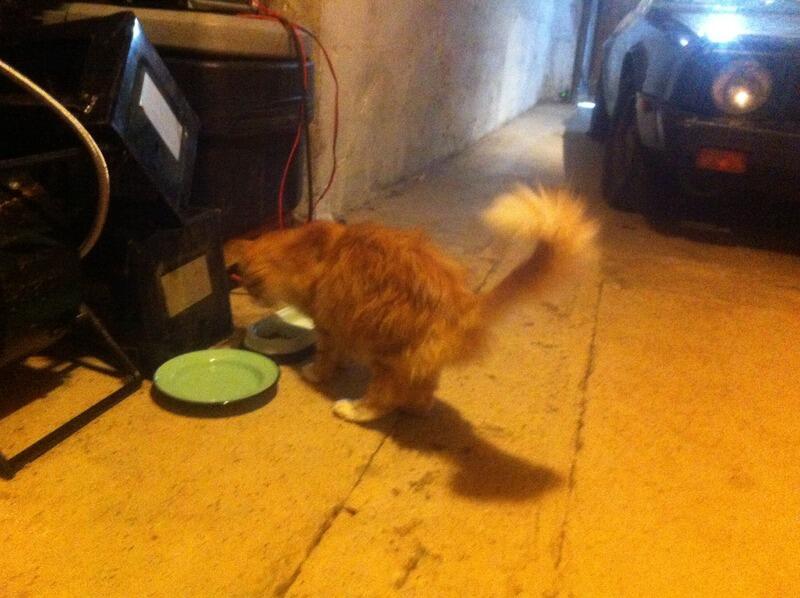 This kitten is “lost” but it is being looked after pending a claimant.

I just love this image.

Now I have to find a corresponding image of a diligent cat helping me with my research into my genealogy.

Each day The Seattle Times has a short segment listing a few events of note which happened years ago on that date,  Today’s on this day in history featured an event on Sept. 14 1901.  The date of President McKinley’s death, the result of gunshots from an assassin.  An assassinated U.S. President.  Not the first but still, we as a nation do not expect our Presidents to be assassinated.

In 1901 my father was 10 years old, living in Ohio.  A single parent family – his mother and 5 children ranging in age from 15 down to 8.  His father had died 3 years before in 1898.  What impact did President McKinley’s death have upon him and his family?   Were they as shaken as the population of my generation by the assassination of President Kennedy?  Kennedy’s assassination sent shock waves around the whole world.  I was in my 20’s, a newcomer to San Francisco far from home.  No family and few friends to share the trauma of that weekend.

From Wikipedia, the free encyclopedia
(Redirected from William McKinley assassination)

The 25thPresident of the United States, William McKinley, was shot and fatally wounded on September 6, 1901, inside the Temple of Music on the grounds of the Pan-American Exposition in Buffalo, New York. McKinley was shaking hands with the public when he was shot by Leon Czolgosz, ananarchist. The President died on September 14 from gangrene caused by the bullet wounds. McKinley became the third American president to be assassinated, following Abraham Lincoln in 1865 and James A. Garfield in 1881.

McKinley had been elected for a second term in 1900. He enjoyed meeting the public, and was reluctant to accept the security available to his office. TheSecretary to the President, George B. Cortelyou, feared an assassination attempt would take place during a visit to the Temple of Music, and twice took it off the schedule. McKinley restored it each time.

Czolgosz had lost his job during the economic Panic of 1893 and turned to anarchism, a political philosophy whose adherents had recently killed foreign leaders. Regarding McKinley as a symbol of oppression, Czolgosz felt it was his duty as an anarchist to kill him. Unable to get near McKinley during the earlier part of the presidential visit, Czolgosz shot McKinley twice as the President reached to shake his hand in the reception line at the temple. One bullet grazed McKinley; the other entered his abdomen and was never found.

McKinley initially appeared to be recovering, but took a turn for the worse on September 13 as his wounds became gangrenous, and died early the next morning; Vice PresidentTheodore Roosevelt succeeded him. After McKinley’s murder, for which Czolgosz was put to death in the electric chair, the United States Congress passed legislation to officially charge the Secret Service with the responsibility for protecting the president. 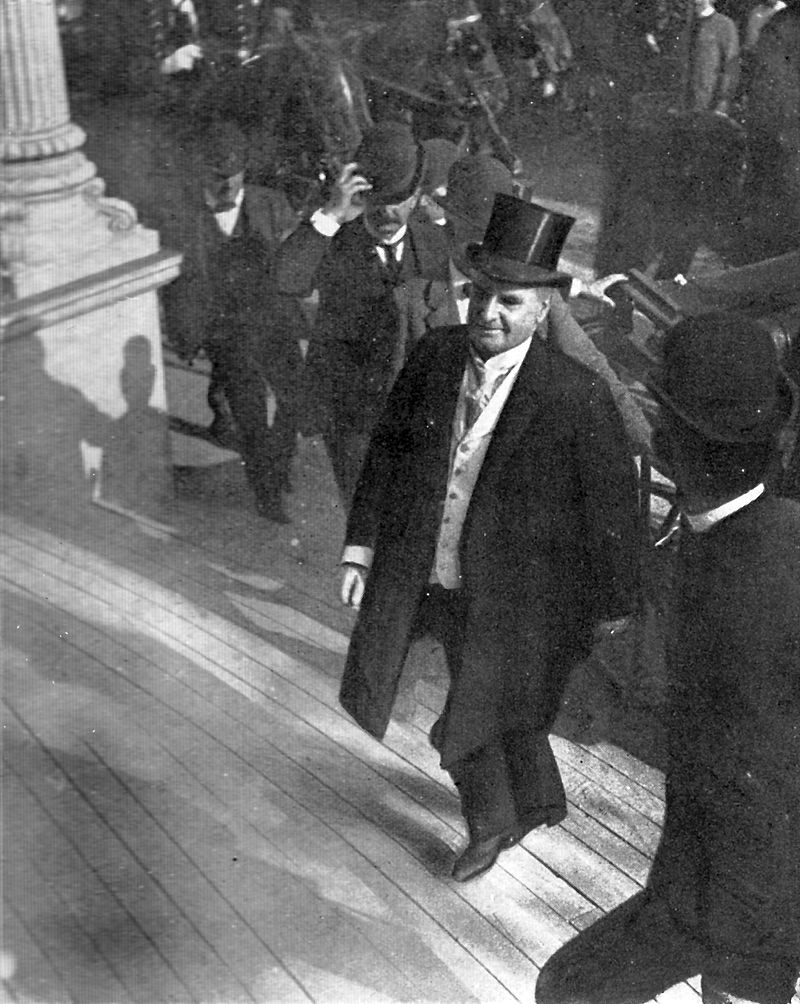 25th President of the United States

William McKinley was the 25th President of the United States, serving from March 4, 1897, until his assassination in September 1901, six months into his second term. McKinley led the nation to victory in the Spanish–American War, raised protective tariffs to promote American industry, and maintained the nation on the gold standard in a rejec…