There are not so many parts of the UK which I have not visited. Actually, I have not yet made it to Northern Ireland – the 6 counties. But elsewhere I have been most places.

But Sherringham in Norfolk I barely know although I have been there. It features on my railway poster calendar for this month.

I look at this and wonder how I have come to miss the place. As ever, a railway poster makes a place look very special. When I was there, back in 2005, I took a couple of photos. 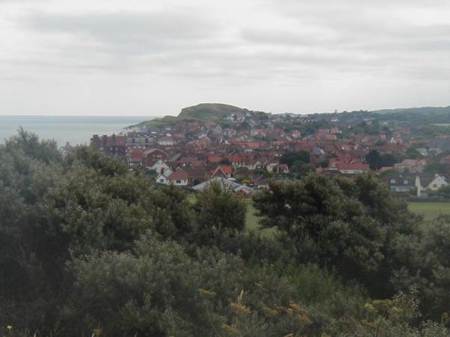 Well as you can see, I’m not quite in the place. We went to a National Trust owned area – Sherringham Park.

Sherringham is on the heritage North Norfolk Railway

The railway station in Sherringham featured a modern clock…