More leaves have been added to the family tree.  The ancestor count stands at 4,538 as of December 30, 2016.  Research continues.

witch of Gloucester – not one of the leaves yet

An old legend about the Gloucester witch Peg Wesson is often mentioned, but never was it told in such detail as in this story, written by Sarah G. Daley and published in the Boston  Evening Transcript, October 14, 1892. It was carried in papers throughout the country.
It was March, 1745, and the company raised in Gloucester to join the expedition against Louisburg was to leave the town with the rising of the morrow’s sun. In the spring twilight, three young men made their way, with noisy jest and song toward a wretched cottage that stood in the outskirts of the town.They rapped loudly for admittance, and the door was opened by a withered old crone. A candle, burning on a small table, dimly revealed the blackened walls of the interior, the bunches of herbs hanging from the ceiling, a scant supply of battered pewter plates and coarse earthenware on some shelves in a corner…

Looking back – and forward

I always pay attention to what Chinese Lunar Calendar says in general: year of Rooster – check. Fire, gold and red – check. As to the details, they are sometimes contradicting each other, so they have to be approached critically. Like, in some sources I have read that the year of Rooster is always the worst of all the years of the Cycle, with which I totally disagree. 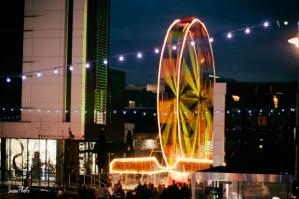 Lets go back and see what the years of Rooster were like. I will start from 1957, for a particular reason 😉