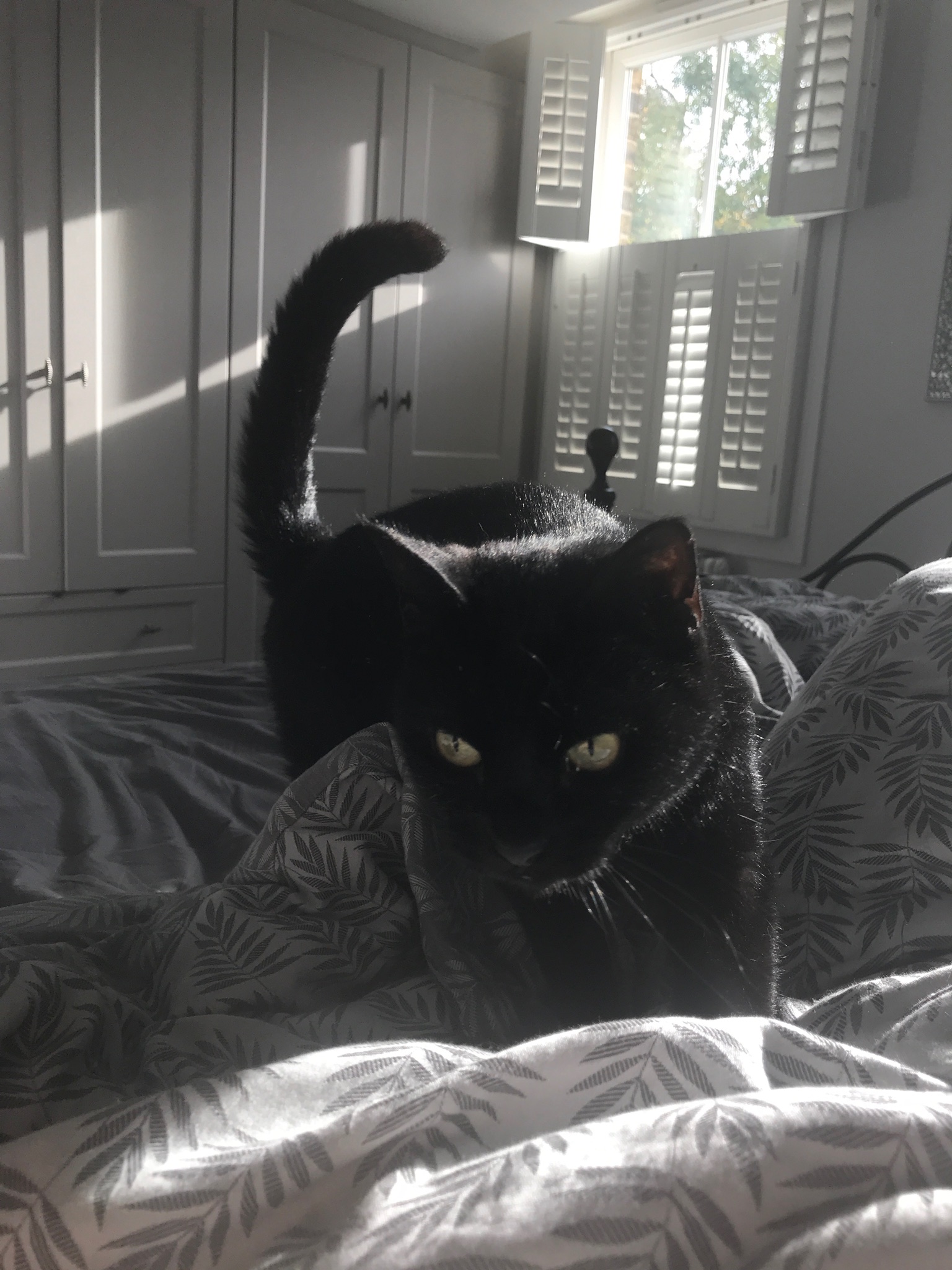 A couple of weeks ago I had a cortisone injection in my right shoulder, and yesterday I had another one in the left. (The hospital actually sent me a further letter inviting me for a third one, then realised their mistake when I pointed out that I only have 2 shoulders.)

My sister: “This means that 2/3 of your household are on steroids!”

After the injection you are supposed to rest at home for 48 hours, which has meant I’ve had to cancel a few things that had been planned for ages, including my mum’s birthday lunch, my friend’s 30th and a concert which was my anniversary gift to Cat Daddy. So he went out for the night, taking his friend as his anniversary date, and I was stuck indoors with Catorze. (That wasn’t supposed to rhyme.)

Now, I realise that a cosy night in with a cat may sound…