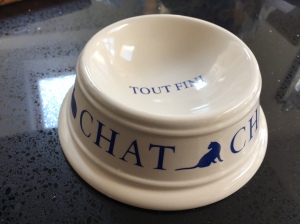 I wish she would get the message

Back in December 2009, I made a list of the blogs I like to visit.  I keep referring to that archive blog to try to keep up with life in the stratosphere.  Now it is March 2011, and I’m making a new list.  It doesn’t mean I am abandoning the old list, just making a new list.  There is some overlap.  It’s meant as an aide memoire for me rather than an attempt to steer anyone else in similar directions.

Bettina     Woolly Bits and Everything Textile

Fed by Birds     shop in London

Chuck     Seattle Almost One a Day

Postcards     The Best Hearts are Crunchy

Kristie    Kristie in BC – Kamloops

Another Lynne     Food Fun and Farm Life in East Africa

Back in December 2009 my list of favorites, ie. blogs that I subscribed to via an RSS Feed, seemed to freeze at December 19 or thereabouts.  I kept checking it but nothing new seemed to be happening in any of the blogs I was following.  Strange I thought.  That just couldn’t be true – where did all those automatic up-dates go to?  Well, wherever they went to, they haven’t come back and that list of favorites is stuck back in December.  So I just launched a new list on a blog entry in late December.  That list doesn’t tell me when a blog on that list has been updated but I keep referring back to it to check out my favourite blogs.

Now I have looked again at my Favorites List – still stuck in December 2009.  It’s interesting to look back at those December entries but now I find I can just click on that blog name and find the latest entry.  Some of those blogs I haven’t read since last December.  Not all of them got transferred to the blog entry list that I have been using regularly.  Apologies.  But it is rather interesting now to get caught up on what has happened in some of my previous internet/blogger friends’ lives since before Christmas 2009.

And who knows what is going to happen when this computer gets shipped to Seattle.  I hope I don’t lose my whole email address book.  That address book is only on this computer, not on either of my laptops.  The shippers are coming on Tuesday – eek.

Photos for today will be from an interesting website 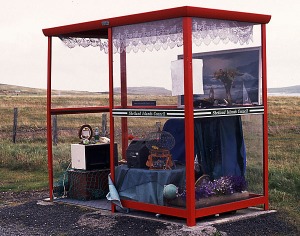 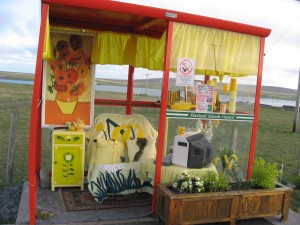 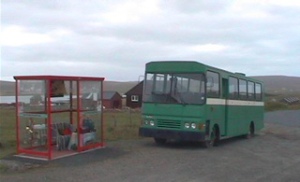 Wouldn’t it be nice if all bus shelters could be so well outfitted.

We moved house about 6 weeks ago.  When we were reconnected to broadband in our new house, I eventually realised  that my favourite blogs were not being updated in the list of RSS Feeds that I subscribe to.  I can still use the Feeds List to look up my favourites but I no longer know when they have been updated, which rather defeats the idea of having the list.  Instead, I only get the blog entry that was made on the date I subscribed to that particular feed.  And this becomes rather tedious as I have to scroll through the blog to find the blog’s home page and then I see if there is a more current entry.  I tried to make a list of these blogs in my side bar but I couldn’t get that to work either.

So to make a long story short, I’m going to just make a list of the blogs I like to read and then refer back to this post when I want to look up that particular blog – that is if I can’t just pull the name of the blog out of my head.  (Sometimes when I do that with telephone numbers I get the wrong friend.)  The list is in somewhat alphabetical order.  Here’s a start.

Seattle Now and Then    seattle now and then

Art of the Landscape     art

Astronomy picture of the day    NASA

Entomologist who likes to knit     knitting in wales

Cat Down Under      in Australia

Catherine    Dispatches from the Deise

Cindy   the best hearts are crunchy

Kerstin    Getting Stitched on the Farm

Martin     An Englishman in Eugene

Midori     in the labyrinth

f   from Kerstins Extras to Rag Rug Day in Sweden

Unlike the Tree Stumps this list will keep growing. 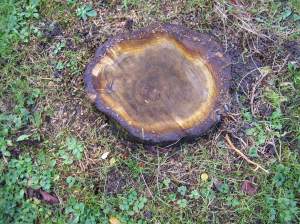 Dissectologist – a person who likes to do jigsaw puzzles.  I am one of those.  Here is a a link to a 48 piece jigsaw puzzle made from one of my photos.  The photo is of Baby Surprise No. 4 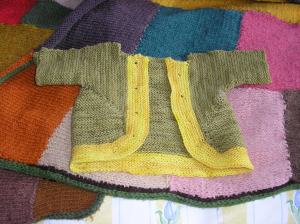 I’m not sure I have succeeded with the link to the above.  Here is another photo puzzle. 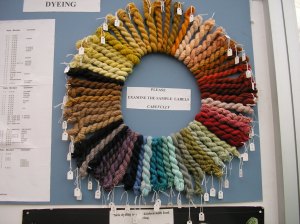 my photo of Bettina‘s colour wheel of natural dye results

I have a lot of blogs to write but have been having trouble uploading photos. WordPress changed their system for uploading photos and I can’t seem to make it work. If I can’t resolve the problem, I will have to open up a new blog on another system. I’ll let you know where I am soon.

I have been nominated for a blog award.

Now I have to name 5 things to which I am addicted – not difficult.

And I have to nominate 5 blogs to which I want to pass on the award.  That is difficult as there are so many to choose from but here are the chosen 5: