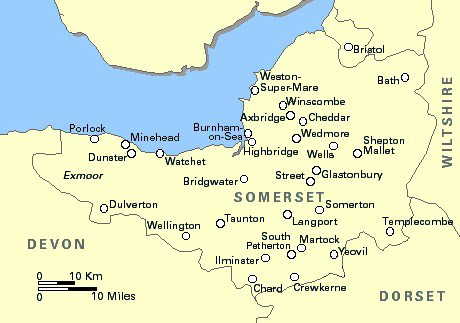 My latest genealogy research has me wondering about Somerset – a part of England that is not very familiar to me.   Ancestors in the 16th and 15th centuries lived in Barton St David.  Looking at the map I see Glastonbury and Wells.  Ah, I’ve been there once years ago en route to Dorchester in Dorset.  We weren’t quite certain of the route and a very impatient speeding and rude driver nearly slammed into us at one of the roundabouts.  I would have liked to stop in Glastonbury but that experience put me off and we just kept going.  Pity, what I did see of it looked lovely.

Reading the above, now I have even more reason to explore Glastonbury and nearby Barton St. David.  My link to the famous Adams family is remote at best but it would still be a good excuse to visit that part of England.

It’s not often that one meets someone who has stayed at this hotel in Bhutan and who has witnessed the rolling up of the magnificent thanka at the Paro Tsong.

Established in 1974 for guests invited to the coronation of His Majesty the King Jigme Singye Wangchuk, Hotel Olathang is Bhutan’s largest hotel sprawling over 28 acres of wooded land situated atop a hill overlooking the visually stunning and historically fascinating Paro valley.

The hotel is beautifully located amidst blue pine forests and lush greenery exuding an ambience of peace and tranquility, enthralling visitors with its close intimacy with nature. The architectural design and structure of its facilities presents a purely Bhutanese touch and feel to it, at the same time maintaining modern amenities, ensuring guests a warm and comfortable stay.With its well-trained and highly professional team, guests are rendered services with the unmistakable and unique charm of Bhutanese hospitality.

Over the weekend I attended Viking Days at the Nordic Heritage Museum.  A very lively festival with numerous Viking themed activities, craft stands, a tattoo artist, wandering personages of Medieval Origins, and of course Viking food and drink. 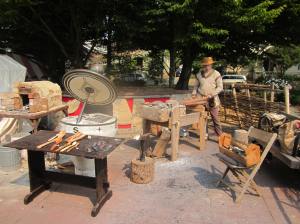 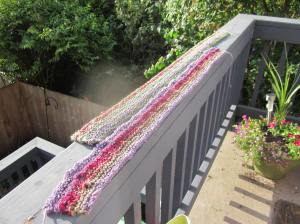 I brought one of my knitted scarves along and got a  few ideas for small embellishments.  If my readers have any suggestions, their ideas would be most welcome.