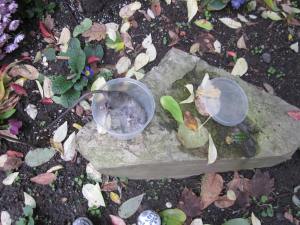 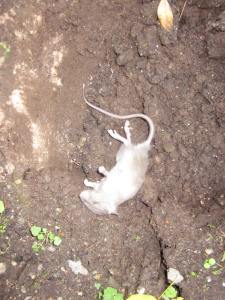 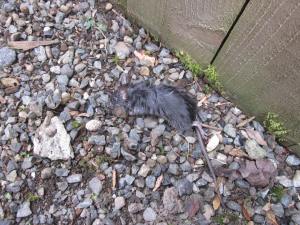 Look What Katerina Brought Me December 19, 2016 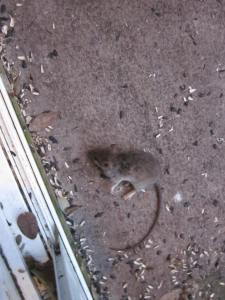 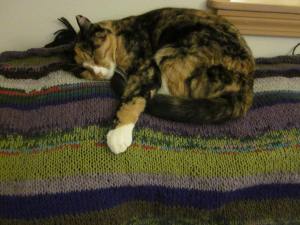 This is Katerina at rest

I have spent almost the entire morning watching our cat stalking a little field mouse.  I am not sure of the outcome.  Occasionally the mouse seemed to get away but the cat would go tearing down the stairs after it and later reappear with the poor little mouse in its mouth.  The cat would let go and the little mouse would “hide” again behind the waterng can or one of the pots.  The “game” would begin again. 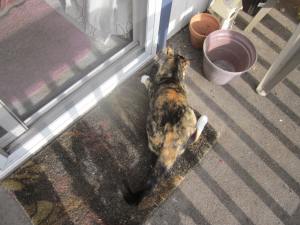 eyes on her prey 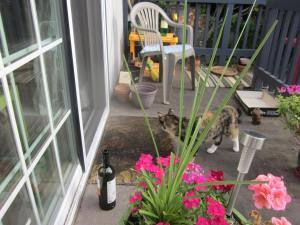 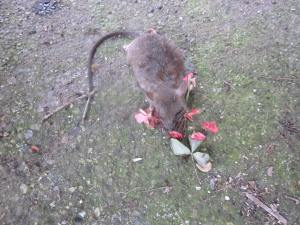 This one was so big I wondered if it was a rat.  Ugh.

Coming home today on 65th, a major road near Ballard High School, traffic came to a standstill to let what looked like a family of baby racoons scamper across the road.

Then I came on home and was told there was an alien creature outside our bedroom window. 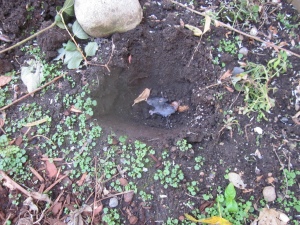 When the cat returned she wondered where her lunch had disappeared to.

So she decided to chase a butterfly. 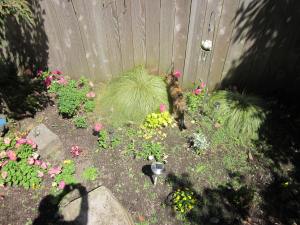 The little mouse with the long tail is nibbling away by the corner of the white table.  A squirrel is in the foreground.  The cat is out of sight to the left.  The neighborhood squirrels and field mice are getting quite chubby.   Answer:  Not this time 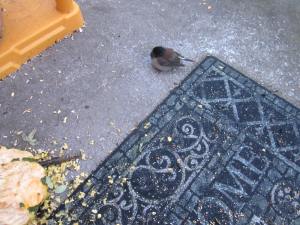 this is a very chubby little bird which has appeared on our deck – he doesn’t move very fast on the ground but he can fly.  I suspect he is missing a few tail feathers – quite probably from an encounter with the cat.

The cat chased the mouse – the mouse got in the house – oh dear. 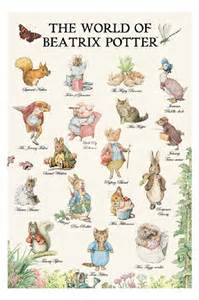 That cute little mouse and that big cat are now trapped in my closet.  I’m rooting for the cat. 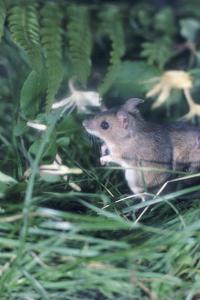 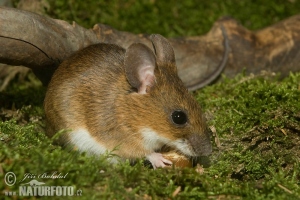 picture of a field mouse, source: the internet
visitor to the bird food set out on our deck 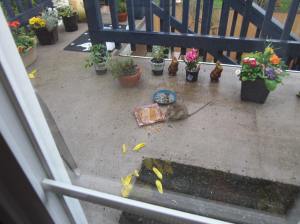 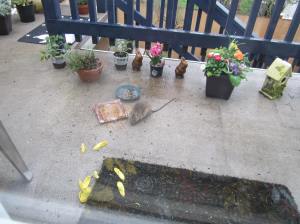 the coloring was very similar to that pictured above     I have seen these visitors both in the daytime and at night
Now for the information found on the internet:

“The long-tailed field mouse (Apodemus Sylvaticus), also called the wood mouse belongs to the Muridae, a family of rodents and is commonly found in almost all parts of the world. They are similar to the yellow-necked mouse but with the difference that they do not have the typical yellow fur band around the neck. Also the wood mouse is smaller in size and has smaller ears. A typical feature of the wood mouse is that it can shed off its tail, if caught by it and this never grows back.Although the name wood mouse is associated with the field mouse, yet actually it prefers the hedgerows and inhabits grasslands, forests and cultivated fields. The long-tailed field mouse is a common species and is found throughout Western Europe with the exception of Finland and northern Scandinavia. As it is a widespread species it is also found in Asia, northwestern Africa, Himalayas, British Isles and in nearby islands. They can cohabitate with the humans if adequate shelter is not available. Otherwise they live in burrows and tunnels built below the ground, either by themselves or by other animals.

The behavioral patterns of the field mice depict that they are terrestrial and nocturnal, becoming more active during the night. Basically seed eaters, they also store them, if found in abundance.

When the seeds are least available they also eat small invertebrates like insects and snails and also eat fruits, berries and roots.

Physically, the long-tailed field mouse is a small rodent with an average body mass of 23.4 g or 0.82 oz. It has a head and body length of 60-150 mm and the length of the tail is between 70 to 145 mm. Although, the field mouse is moderately haired, its fur is soft and has a grayish brown or pale sand body color. It has large eyes and ears allowing vigilance and good vision at night. These rodents have a highly developed sense of smell and so do not dig for seeds randomly.

Months from February to October are the breeding months of the field mouse. Females usually produce four litters in the breeding months and each litter has four to seven young mice. The gestation period is between 21-26 days. The body mass of these rodents at birth is a meager 2.5g and are weaned away after three weeks and they reach sexual maturity at about two months.

If we look at the economic importance of these rodents, there is usually a mixed response. The negative aspect lies in the fact that they are considered as pests as these rodents inflict serious damage to vegetable and cultivated farmlands. They dig up seeds before germination and completely destroy crop grasses. However, sometimes they are also considered as carriers of tree seeds and transport and bury these seeds. But this aspect is yet to be studied in detail. On the disease front, the African variant of the wood mouse is known to transmit the Hantavirus to the humans which is a life threatening virus.”