Filed under: Ancestors,Genealogy,Jacobus Schellinger — Janet @ 2:54 am

I thought that all my ancestors were from the British Isles and that they came to New England initially in the 1600’s.  Now I have discovered an ancestor from the Netherlands – one Jacobus Schellinger and his descendants settled on Long Island. 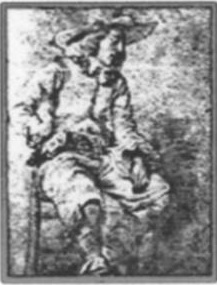 drawing of Jacobus Schellinger by his brother Willem, c. 1657