Filed under: Ancestors,Genealogy,Miller Line — Janet @ 4:50 am 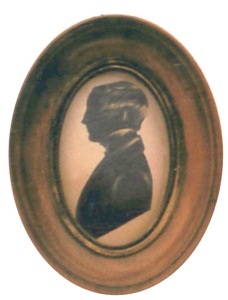 I’ve traced the Miller ancestors back as far as I can to one of my 16X Great Grandfathers.  He lived in the 14th century.  Phew.  This illustration is not him.  It’s just an image I found on the internet and I feel it’s a collective symbolizing  ancestors.

Miller is a common name in Western European cultures and there are many variations.  Meunier, Mueller, etc.  My Miller ancestors stretch back to Mullen Miller who lived for 66 years from 1384 to 1440.  The first name, Mullen. might not have been his name at all – it might have been pulled out of the air and just be a variation of the surname Miller.  Just something to fill in the space on ancestry.com.

16X Great Grandfather Miller was born in 1384, possibly in Bavaria in Germany.  And he also died there. He had one son that we know of, Heinrich Miller, my 15X Great Grandfather, born in 1420.  Mullen was 36 years old when Heinrich was born.  Mullen died in 1440 at the age of 56. probably in Bavaria.  Mullen died 5 years before Heinrich married in 1445.  Heinrich was born and died in Bavaria, hence I speculate could have spent his life there.