Sankaty Light – Siasconset, Nantucket   note my bicycle in the foreground, I remember chatting with a rather lonely or bored young man who was posted to this lighthouse  – we shared an interest in making hooked rugs.

photos from my collection, dating from the early 1950’s 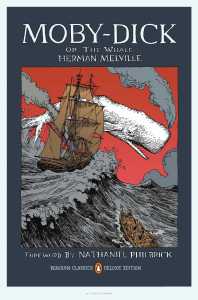 Working on my genealogy this morning I found a reference remotely connecting an ancestor to Herman Melville’s novel Moby Dick.  And this novel of course makes me think of that magical island of Nantucket.  One of the daughters of Isaac Morrill, my 9th Great Grandfather, married a Folger and Mary Morrill Folger is mentioned in the novel.

They were working in the summer of 1949 as waitresses at the Grey Gull on the Island of Nantucket.

Living on the NW Corner of the West Coast I do not meet many people with whom I can share my love of Nantucket Island which is so well known and loved by East Coast people.  The magical island of Nantucket, 30 miles off the coast of Cape Cod, is the site of many happy memories, not only for me but for other members of my family and friends.  I first visited the island when I was 10 years old.  One of my older sisters had a summer job there as a waitress.  That was the first of many memorable visits.  Both of my older sisters met their future husband there.  A family friend had a large house in Siasconset in a more remote part of the island – my mother and I were house guests for a few weeks during several summers. The family of a college friend rented a house in Wauwinet for many years.  College friends were invited to join them.  Summer in Nantucket – magical.

Visits to the Island have been infrequent in subsequent years but I continue to read about  Nantucket and its fascinating history.  I’m particularly intrigued by its whaling history.

I have learned a lot from the writings of Nathaniel Philbrick.  And I have read Herman Melville’s classic Moby Dick twice.  Several prominent names in Nantucket’s history are Macy, Starbuck, and Coffin.  I am thrilled that I have found  a number of ancestors named Coffin – and they resided on Nantucket!  More information will be forthcoming in due course.

Here I am, housebound recovering from hip replacement surgery.  I’m finding it all too easy to buy books to add to my genealogy collection.  Just search on Amazon.com and lo and behold – there’s a great book – the virtual bookstore!  Here are some of my finds.

A book about Nantucket

A book about the descendants of Widow Elizabeth Curtiss

Pictures to follow.  I have photos of each book  but I haven’t figured how to access my photo files and show them on my blog.

Pictures of my cat yes.

In the course of researching my genealogy I seem to be finding more and more books to purchase.  Surprised?  Rather obscure and unexpected finds.  My latest acquisition is a book by Nathaniel Philbrick, well known for his book The Mayflower.  Mr. Philbrick, as you probably know, lives on the island of Nantucket where he has documented the history of the island and the whaling industry.   Three of my favorite topics – Nantucket, Whaling, Early Settlers 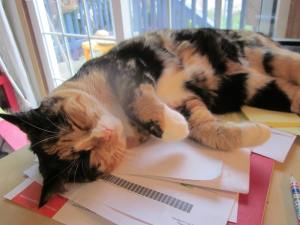 My cat likes to participate

A few years ago I did an adult education course in writing. It was a very interesting class. We had all sorts of assignments and we had to read out our compositions. It was rather daunting at first and I felt quite shy and self-conscious about it. On the other hand it was very entertaining to hear the others in the class. One learned a lot about each of the 15 or so contributors. I enjoyed the class very much – it was so sociable and also we received good criticism and tips for improving our writing.

Our teacher was primarily interested in poetry, being a poet herself with several published works. I felt she wanted to turn each of us into poets but still we were allowed to go our own way, up to a point. I was particularly keen to work on my autobiography but she put me down about that. Nevertheless, I continued to work on it. Our first assignment was to write about our earliest memory. Other assignments followed. Eventually we were told to write a poem. I produced the following:

Nantucket, Nantucket, we went to you for memories sake
You did not disappoint us
The boat, the spray, the mist, the emerging outline on the horizon
Summer island of our youth

Your sandy beaches, playgrounds for the summer visitors
We were young and carefree, only there to play
Maybe work to earn our keep
But that was quite light-hearted

Waiting table, washing dishes
Cycling to the beach
Midnight swims
Dancing at the Upper Deck
Flirting with the fellows

The beloved grey lady of the sea

I was disappointed. My teacher didn’t like it – I never did figure out quite why. She held off for several weeks but eventually she discussed it for the benefit of the class. Her criticism kind of made me squirm. She said it wasn’t actually a poem. Oh well, I was still very happy with it and was complimented on it by each of the other members of the class. We were all quite supportive of each other.

After a couple of years I ran out of things to write about and also did not want to be a poet, nevermind the criticism by my teacher. I still liked her but I decided to do some other class – I think that’s when I switched to doing the Irish class so that was about 4 years ago.

Today Ian and I were having lunch at Airfield, an urban farm near our home. (WordPress is not allowing me to show a link – I’m beginning to think my photo uploading problems are related to this – I will investigate further)
At another table was a group of about 10 talking animatedly. I spotted my former writing teacher and 2 of my former classmates. So after lunch I went over and spoke with them. One of them, Brigid, remembered me as did Margaret, the other classmate. The teacher also kind of remembered me. Brigid could always be counted on for an amusing piece of writing. I particularly remembered her account of a hippie type wedding on a hill near Newgrange, a world famous pre-historic site here in Ireland. Margaret remembered me for a particular item I wrote early on in the class. My piece was about our son James and Susan’s wedding in Seattle in Room 9 of the King County Courthouse on July 1, 2000. Now here we were 9 years later and I could tell my friends that James and Susan had 3 children and we were going to move to Seattle to be nearer them and other members of our family living across the pond.

I said earlier that the writing class was very sociable. Well, the term had actually finished a couple of weeks ago and the group today had just gathered for coffee and a chat. What fun to see them again.