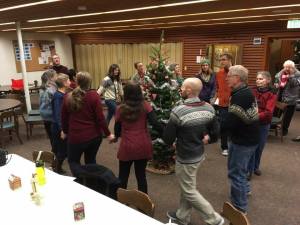 Singing carols and dancing around the tree.  (I’m on the  right wearing the red Norwegian sweater}  This is one of my favorite traditions of Christmas.  Organized every year for the past 38 years by our Norwegian language teacher, Ed Egerdahl.   A service of music and readings followed by traditional Norwegian food and dancing round the tree. 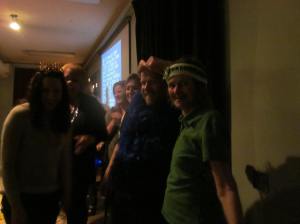 First there was the preschool  “concert”.

this is the party part

what a neat house down along the shore and bearing a strong resemblance to that of a sea captain.  I closed my eyes and thought I was on a ship.  Particularly when I kept missing a change in elevation between one room and another.  No harm done however and no rocking of the boat.  A big thank you to our gracious host.

Today I have been having great chats with a couple of people about tastes in music.  We admitted, rather apologetically, that we really liked some of the stars.  In fact, my sister broke off our long distance phone call so that she could go see Dolly Parton on the morning tv show.  We discussed our favourites, including Dolly Parton, Patsy Cline, whose name I couldn’t remember – I kept thinking Coal Miner’s Daughter – but that in fact was Patsy’s friend Loretta Lynn (born Webb).  A week or so ago I saw a documentary about Tami  Wynette and I added her to my list.  The film about Johnny Cash, Walk the Line, I didn’t take to but I’m glad he married his long time love and they went on to make many recordings.  I wouldn’t rule them out.

When I was in Seattle earlier this year I purchased several recordings by Dolly Parton and Patsy Cline, and as I did the unpacking I played those cd’s over and over – and felt happy.  There’s something about that music, even though the actual lyrics can be sad and tell of heart-break.  Now here in Dublin I have a recording of Dolly Parton called The Bluegrass Collection and another cd titled The Very Best of Dolly Parton, Vol. 2.  And a cd recording  titled tammy wynette, the definitive collection. 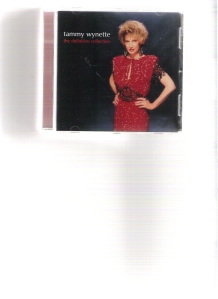